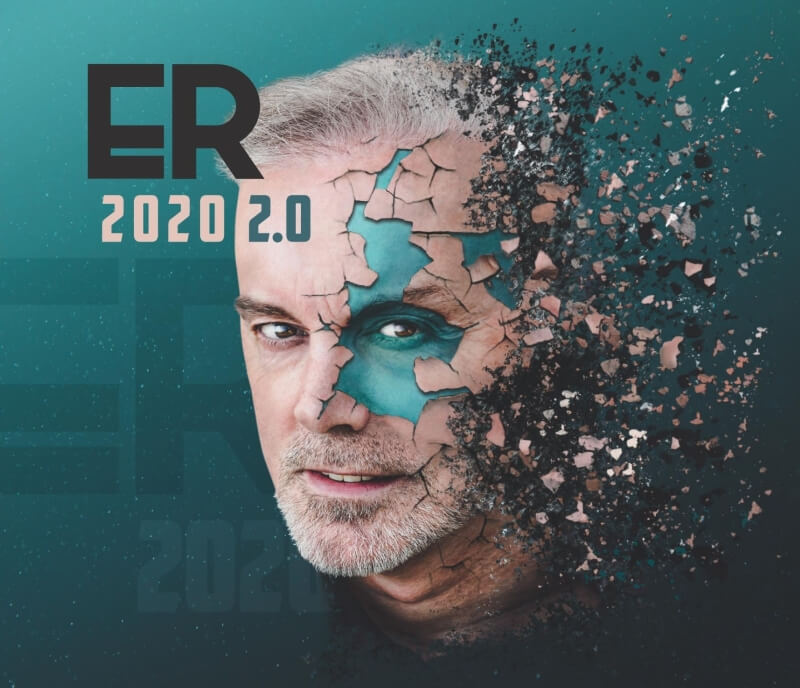 60+, admittedly an age for some musicians when they finally put the guitar down. For the obsessed songwriter Alfred Jaklitsch, however, only the starting signal to ring in the next round for his solo project: “ER 2020 2.0”.

With the songs on the record, Jaklitsch alias ER returns to his roots in rock ‘n’ roll and blues. The German-language texts from everyday poetry serve as a common thread. It contains a lot of current emotional state, autobiographical things with a tendency to realistic exaggeration. It is important to him to tell good stories that could have happened like this. More or less true. The dreams, fears, desires behind them, more likely.

He is not lacking in self-irony, as in “Old Enough”, but also not in the claim: to be able to deliver “the next big thing”. Simply out of the basic need to let off steam musically. The corona quarantine offered plenty of time for this. This created a musical snapshot. In it something of the feeling from the 70s, when he intones a miserable long blues with colleagues in the rehearsal cellar. And the three chords from then are now adapted to 2020 with ER.

All in all, no format-appropriate conception, but guaranteed uniqueness. Songs in the field of tension between 40 years of stage experience and almost naive joy in making music. From the romantic “riding in the sunrise” to the explicit “life fucks”. Private things like his late revenge on “Walter”, as well as Bo Diddley-inspired “Rad ab” to the Lil Nas X-Groove of “On the dark side of paradise”.

From the musical search for identity in “Who is he” to the fact “Born to be human”. A love song suspect “If not you then nobody”, not without complaining about the “idiocy” of social conditions, to final things like “bed rugs” and “last words”.

Let critics declare everything unreasonable and characterized by old age. So be it. ER does his thing! More information is available here.