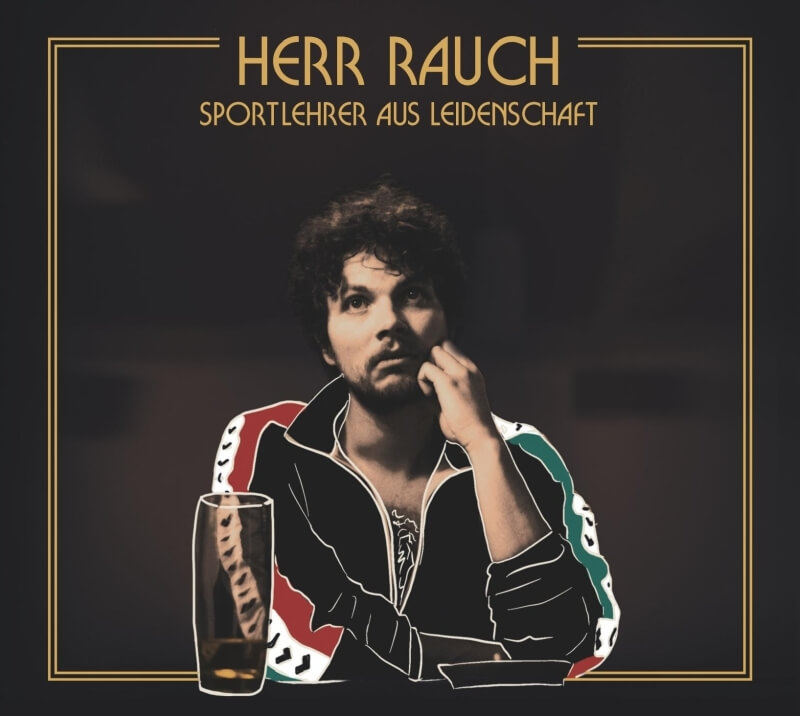 The latest publication by the Munich pub music band “Herr Rauch” (“Mr. Smoke”) is entitled “Sportlehrer aus Leidenschaft” (“Sports teacher of passion”). This means a certain type of sports teacher. The pedagogue who instructs rather than demonstrating in a tracksuit with a beer bellied taste. Not necessarily a picture of a man, but honest and true to life. Who has apparently managed to slip into one of the most relaxed forms of existence beyond nirvana. And yet – or precisely because of it – carries a touch of melancholy in itself.

Somehow this state of mind fits in with the five songs on the EP, which will be released during the summer holidays. Even if, as with so many things in life, it is not clear why. Songs like “Kaffee Schwarz” (“Black Coffee”) and “Leider Wein” (“Unfortunately Wine”) deal with everyday situations in their positive and negative guises. “Pogo und Ballett” (“Pogo and Ballet”) is the story of two friends who have drifted apart. “Salz in der Luft” (“Salt in the Air”) uses the longing for the distance as a metaphor for the longing for a person. “Wann wurde ich alt” (“When did I get old”) addresses one of the greatest fears many people have. The fear of not being able to remember anything at some point and of only living from one clear moment to the next.

All in all, these are topics that a PE teacher could think of after a less than more hard day at work over a beer after work. And keep him busy, not around the clock, but perhaps between two or three sips. More information is available here.