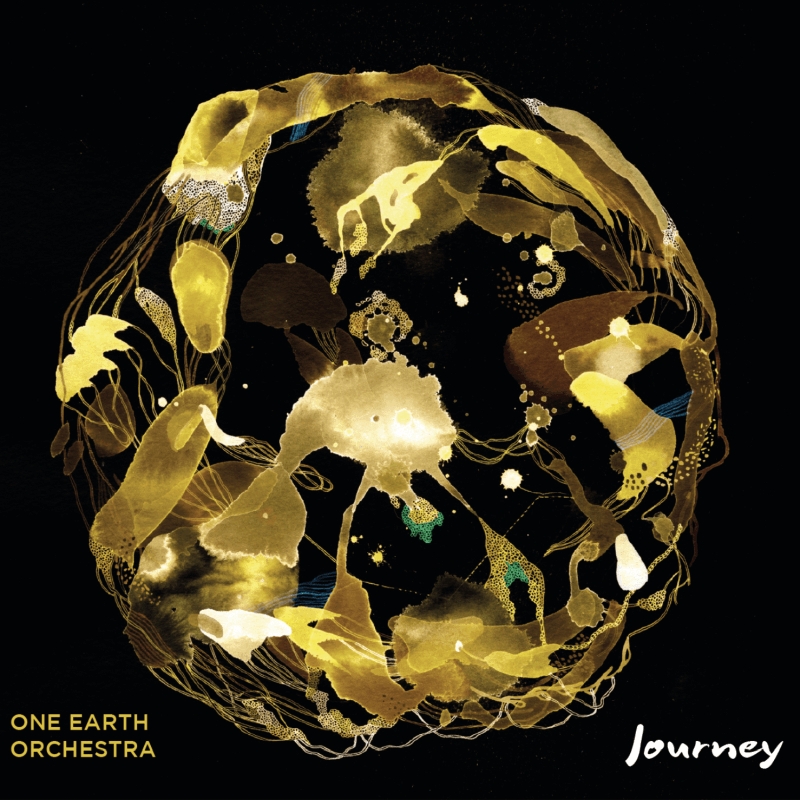 The “journey” is a concept of central importance for One Earth Orchestra’s debut album of the same title. On the one hand, it symbolizes the extensive quest for a personal, unique muscial language as one of the bands main driving forces since its foundation in 2011.

On the other hand, it stands for the bands extended concert tours to India, Chile, Peru, Ecuador and Costa Rica, that enabled an intensive musical exchange with indigenous cultures, in turn inspiring and deeply influencing the bands compositions and self-image.

Furthermore, the notion can be found in the journeys of exploration into the music of distant cultures such as South Africa, India, Senegal and Afghanistan that One Earth Orchestra has sought at numerous concerts of intercultural music in Germany and abroad.

Last but not least, it is the musical journey to which One Earth Orchestra invites their listereners on their first album. In original compositions, arrangements and improvisation, it leads us through a variety of soundscapes: From the music of the indigenous Otavalos of Ecuador via Jazz, through Senegal up to the music of the Balkans and Klezmer.

An elaborate synthesis that allows its parts to freely unfold their peculiarity and fascination while simultaneously creating a new, powerful, poignant and rousing as well as differentiated, thoughtful and profound quality. More information can be found here.