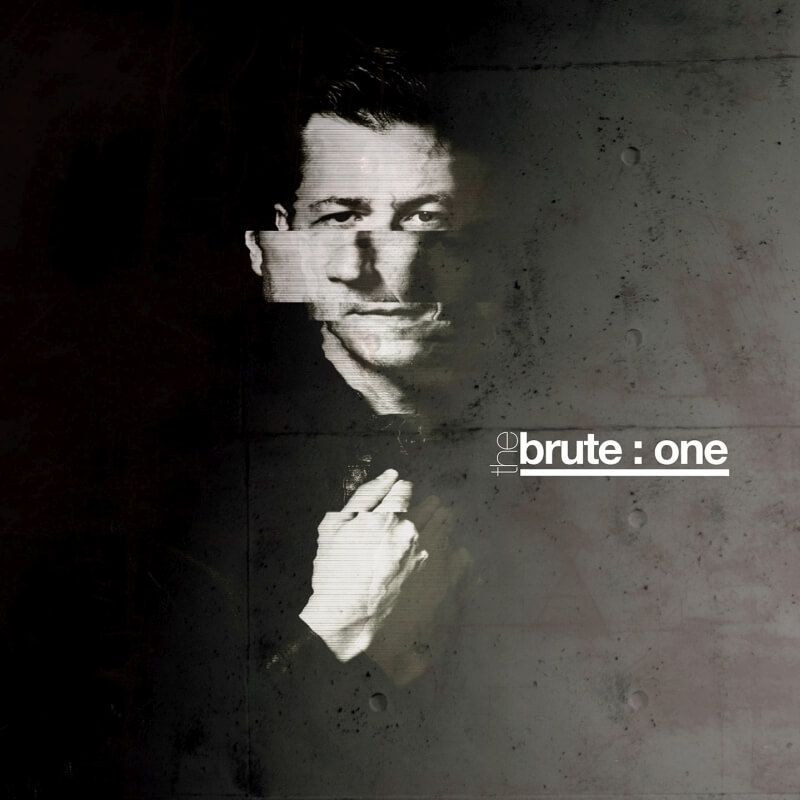 With the debut album “Brute: One”, Daniel Gierke, mastermind and driving force of “The Brute :”, dares to step out of the shadows and into the public eye after decades of composing –or sound distilling. What he presents is less a step – but more like a rocket launch!

The album, finally edited by “Simon Gibson” in the “Abbey Road Studios”, comes up with seemingly contrasting worlds of sound: electronic meets rock, industrial sounds with cinematic appeal to catchy melodies, pops with Wagnerian-style pomposity, and it forms a wonderful synthesis connected by Daniel’s distinctive and haunting voice, which describes situations in a sometimes very gloomy, sometimes self-deprecating manner, which at the same time reflect stages in his life.

The influences of the high times of electro-pop and electro-rock from the 80s and 90s are unmistakable –  everything transported to the present day. The opener “Driving To You” invites you to turning up the volume in your car and enjoying the drive with the window open! What follows is an incredible musical journey to highs and lows, from one high point to the next. Quiet tones alternate with angry and dramatic soundscapes only to end in a colossal thunderstorm of sound. More information can be found here.